Start-up AL Technologies has developed a new electric power source that can be used for monitoring systems for oil and gas pipelines, monitoring the movement of trains and cars, telecommunications equipment and security systems - or anything that is far from electrical grids. In the future, drones, autonomous settlements, small vessels and submarines, etc. will be able to move on these power sources. Next year it is planned to start mass production of fuel cells, potential customers are Rosseti, MOESK, Avtodor. Invest-Foresight learned about this from the co-owner and CEO of the company, Konstantin Pushkin. 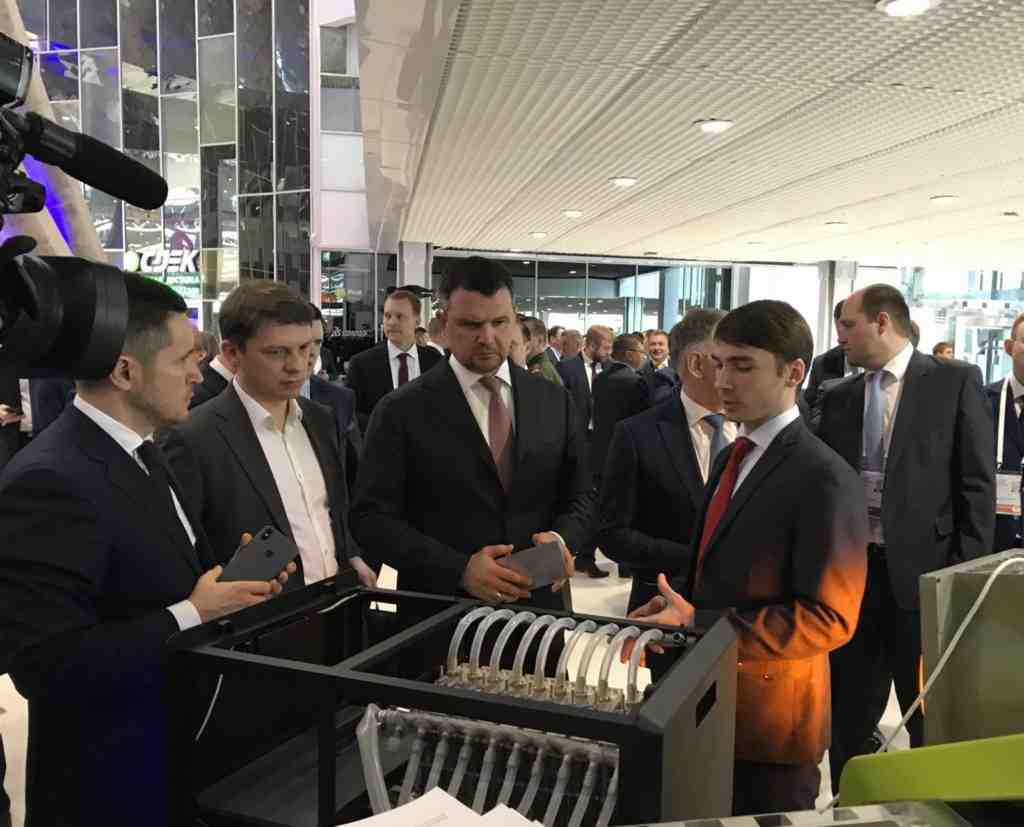 Fuel cells (FC) - more precisely, aluminum-air fuel cells - consist of metal aluminum plates and aqueous electrolytes (with alkali or salt). If the aluminum plates are put into an aqueous electrolyte, a chemical reaction begins, in which both electrical and thermal energy is generated. Fuel efficiency - 50% in operating mode, this is a good indicator for this type. The electric power of the new "batteries" is up to 1 kW, for stored energy - up to 10-15 kW per hour (kW/h) and more. On average, they can provide electricity from 10 days to a month, for example, autonomous security and video surveillance systems. The dimensions of one element are approximately 30 x 220 x 440 mm.

One fuel cell with a capacity of up to 10 W will cost up to 3 000 RUB and can provide the security sensor for about 700 hours - that is, about a month. You can install several of them and get power up to 190 watts (such power source will cost up to 48 000 RUB). Electricity comes out cheap for autonomous use - the cost of consumables is 2‑3 USD per 1 kW/h, for the closest competitors - hydrogen fuel cells - it is 10‑12 USD per 1 kW/h.

In contrast to the more common lithium-ion batteries, which are charged from the electric grid, the active components such as aluminum plates and electrolyte are replaced in the fuel cell. Recharge occurs quickly, in 5-10 minutes, although it requires the creation of special infrastructure.

“There are predictions that fuel cells (aluminum and hydrogen) will replace lithium-ion batteries,” says Konstantin Pushkin.

FROM PROTOTYPE TO PRODUCTION

Laboratory developments of these fuel cells have been going on since the 90s of the last century. The beginning of development in Russia and their invention belongs to the scientific group "Electrochemical current sources" of Moscow Aviation Institute, a joint team of departments 208 and 908, which includes the co-founder of AL Technologies Konstantin Pushkin. Pushkin studied this topic being a student, defending his diploma and Ph.D. in aluminum-air fuel cells. AL Technologies intends to patent its invention, an application has already been filed.

AL Technologies, LLC founded in 2017 has three founders: Konstantin Pushkin (60%), Evgeny Grigoryev (20%) and Igor Bilous (20%). Bilous also owns the Elmont («Элмонт») company, which is an industrial partner of Al Technologies. At Elmont a pilot production facility and a laboratory have been deployed to test fuel cells. 1.5 million RUB of own funds were invested into the project, another 9.5 million RUB the startup received in the form of grants from the Skolkovo Foundation.

In 2017, AL Technologies participated in «Энергопрорыв» (Russian: Energy Breakthrough), the contest organized by Rosseti, and its project of an autonomous modular power plant using aluminum-air fuel cells for backup power supply reached the final, although it did not get the first place. So, the startup had a large potential customer. 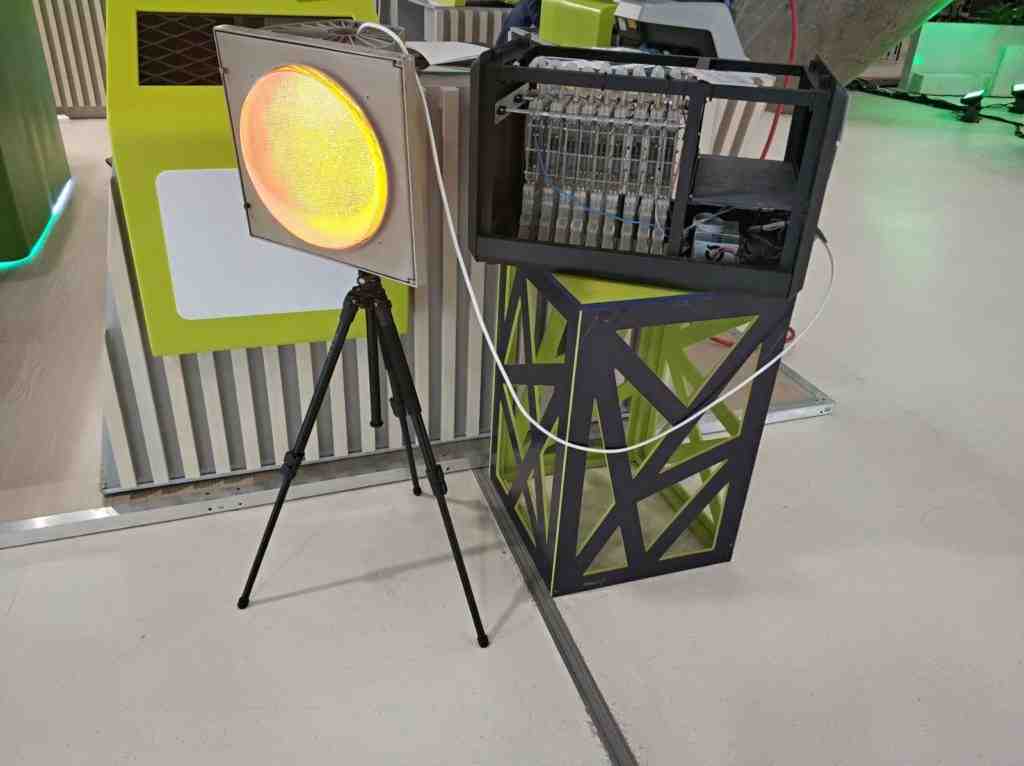 Rosseti and MOESK need reliable power generators in cases of power outages to provide energy - primarily the most important facilities. Outages of entire villages often occur as a result of natural disasters, such as ice rain, leading to breaks in power lines, etc. The capacity of fuel cells will be increased to provide electricity to de-energized villages. The first region for which the supply of these sources of electricity is planned is the Moscow Region. One installation per 100 kW can cost about 50 000 USD. MOESK is interested in a backup source of electricity cheaper than diesel generators.

“There is a rather acute need for reliable backup sources of electricity because diesel generators very often do not start. Well, if they do not start, then there is no point in them” -   Konstantin Pushkin notes.

In addition, diesel runs on non-environmental fuel and pollutes the atmosphere with carbon and nitrogen oxides. Aluminum-air fuel cells do not emit harmful gases and oxides, as is the case in gasoline and diesel engines. All that results from the reaction is aluminum hydroxide, or actually clay, and aluminum itself is non-toxic to nature and humans.

In Russia, the electric car market is not yet so developed to work on aluminum-air fuel cells for them, plus it is necessary to create a grid of "gas stations" to replace aluminum and aqueous electrolyte in fuel cells. However, Toyota, for example, is already developing a grid of its own hydrogen gas stations. There are two companies in the world developing aluminum-air fuel cells. This is the Israeli Phinergy - for electric vehicles, and the Japanese Fuji Pigment - while preparing to launch the production of fuel cells.

In 2020, Al Technologies plans to launch the production of fuel cells, which can pay off in 3 years. Revenues from the sale and servicing of new sources of energy supply with a capacity of up to 1 kW in the first year of operation are expected to amount to 15–20 million rubles. According to Konstantin Pushkin, previously Rosseti, MOESK and Avtodor contractors have already expressed interest in acquiring 9,000 units of fuel cells from a startup, which could bring him 60 million USD in revenue.

We will reply you within one working day